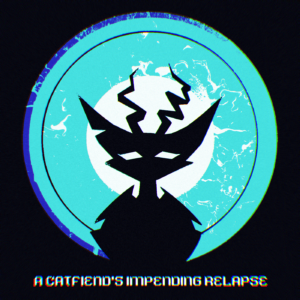 You are GIL KUR, an aging academic investigating bacterial phenomena deep within the vacuum caverns surrounding your home. While seeking the source of a temporal maelstrom, you must stay focused and keep your head above water—a catfiend left alone with their thoughts is a most unsavory thing.

YOU DID A BAD THING NYK! (WIN/MAC/Linux) by nykTV 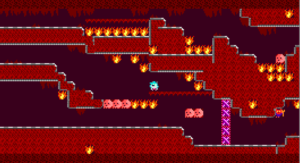 2D retro-throwback platformer with 9 "NES-HARD" levels of HELL where you play as a Queer Dog Girl!

PARTICLE MACE is a game by Andy Wallace about defending yourself in a hostile universe by swinging particles into enemies.

PARTICLE MACE is a game about capturing the thrill of classic arcade games with a new, physics based mechanic.

PARTICLE MACE is a game about trying not to die, but that's impossible.

Something goes wrong during your commute home, leaving you in quiet darkness. Can you find your way out? And are you sure you're alone?

An atmospheric horror game, that will get you consumed… 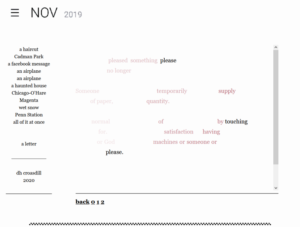 "last november" is an interactive, erasable poetry zine made in Twine by d.h. croasdill (https://hyperlibrary.itch.io). Readers can toggle any word on any page on or off to create their own erasure poems. 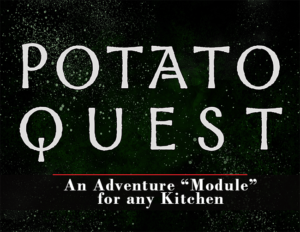 The Empty City (Web) by Lolon 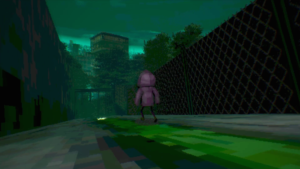 Inspired by the visuals and sound of the Playstation 1, The Empty City is a story-focused adventure game where you explore sunken buildings, overrun underpasses, flooded streets and a hill overlooking a city with a story to tell.

Something Is Wrong With The Chickens (Physical) by Elliot Davis 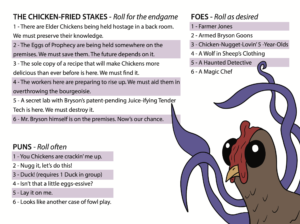 Something Is Wrong With The Chickens is a one-page, rules-lite TTRPG of Chickens, Eldritch Horror, and Revenge for 2+ players, including 1 Chicken Master (CM). Featuring an original, easy-to-learn 3d6 system, 6 unique Chicken Types and Eldritch Traits, and random tables of stakes and settings, no two games will be the same.

A rookie and their models take the stage. Unprepared but fierce, they snatch clothes as they go, all to beat their competitors. They surely have potential.

Xxxatharxyx [It's Going To Be Alright] (WIN) by L.O.V.E. Games 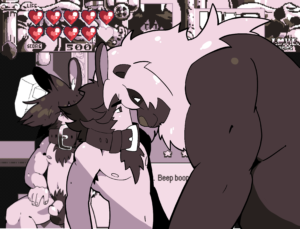 Xxxatharxyx (sounds like "Catharsis") is an extremely queer top-down action-RPG. Rescue the demons and their power is yours, for a price: they will use your body to reproduce! NOT FOR KIDS
Loading Comments...