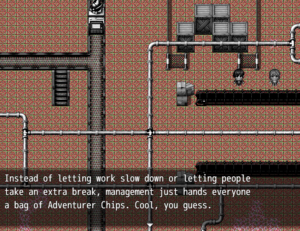 Everything's falling apart, but you have to go to work and pay your rent in spite of it.

Task: Log into the console and locate "userID." A mini puzzle game that explores the futility of getting to know one's "true" selves, and critiques the Internet's normalisation of privacy invasions

Late to the Party (WIN/MAC/Linux) by Patrick Greatbatch 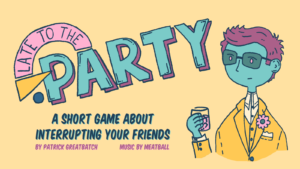 Late to the Party is a short visual novel about gathering the courage to interrupt your friends so you can come out to them.

Pippy's Ultimate Quest for Friendship (and Lessons)!!! (WIN/MAC) by MintGlow 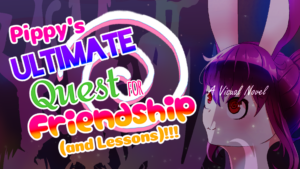 This is the SECOND game in the tetralogy. Contains Myx's past and continues off the true ending of the first game.

As Myx the disabled bird genius and social outcast, you will see life through her eyes and help her make some decisions on how to raise a seemingly sentient and life-like computer. 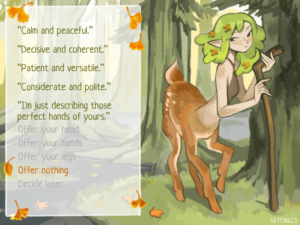 Even when we try not to, we still subconsciously projects our lame feelings through our mediocre fiction so let’s just drop the act right here right now; Let me get personal! Like, really personal, let me embarrass myself right in front of you;

Hey, I am somewhat interesting, right? I get self-deprecating, so I’m fun and smart, right? I’m artsy and trendy, right? My drawings are pretty, right? I’m a hidden diamond, right? So you’d totally sacrifice me some of your time, right? So you’d lend your hands, right? I mean, you’d write something for me, right? Hey, maybe I can borrow your back for a moment? Hey, how about this, maybe I can have your legs, mine are so tired?

'The Attendant' (HTML) by Andrew McKissock 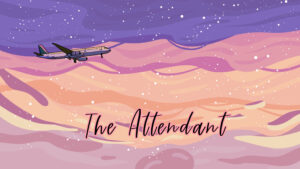 Flight 155’s landing gear has jammed and it's stuck in limbo, burning fuel ahead of an emergency landing. Learn about your passengers, and about yourself, as you attempt to solve the crisis.

Guide the Explobers to safety by blowing them up, building pathways, and navigating through dozens of fun, tricky puzzles and challenging platforming stages. Help them work together to achieve the seemingly impossible!

Yr satanism simulator. Save yourself from living in blandness. Collect three items and perform a ritual. An angsty tongue-in-cheek response to Settler-Colonial views on rituals, Satanic Panic, and the obsession with Western Esotericism 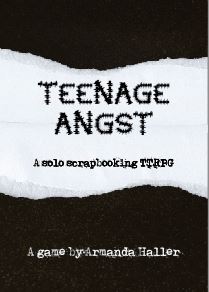 Teenage Angst is a solo scrapbooking ttrpg about being a teenager who has a lot of feelings and is obsessed with a song that talks to them and they hear in a loop while solving prompts and life. Ten scenarios that represent different feelings/crisis a teenager might have, represented each by a song and different prompts for it. You can also play this game with pinterest boards made specially for this. 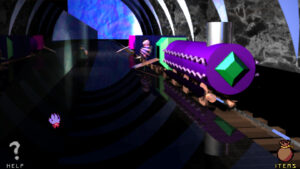 1st person Point & Click Adventure. The renowned artist Manglepaw is struck with creative ennui and enters a strange train station in search of their muse. There's many strange rooms and creatures!
Loading Comments...