Masters of Exarch (Physical) by fortytwoboxes

The Arena of Exarch is a place where fame and fortune are decided. Every year heroes from all over the country gather in Exarch for the grand tournament. In fierce battles, they decide which of them are the true Masters of Exarch.

Masters of Exarch is a tactical card game about decisions and what you are willing to sacrifice to win. 2-4 players compete against each other in teams or free for all.
Each player chooses 2 out of 10 heroes to represent them in battle and starts with a random deck of 8 cards. Each hero has a unique ability that he can use in battle to give the player a decisive advantage.
Decide each turn which card you want to play and which one you are willing to forego. Thanks to the energy system, every card is useful in every turn and has a great influence on the outcome of the game. cards are either discarded to receive energy, played with that energy or bought from the treasure chest.
The game contains 10 heroes and 100 playing cards consisting of 66 different single cards. You can play the same set of cards as deck builder, constructed or draft. Take the cards with you and play wherever you want.

The Woods (WIN) by Stefano Cagnani 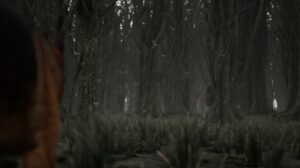 Your dog smells the fear in the woods, find out what is hiding in there!

When There Is No More Snow (WIN/MS-DOS/HTML) by Jeremy W. Kaufmann

When There Is No More Snow is a hyper low res retro visual novel about teen angst, saxophones, and UFOs. It's a semi-autobiographical tale with ten unique endings!

The Wizards of Rime Academy (WIN/MAC) by Matthew Sharkovitz

A tabletop role-playing game about a rhyming wizard academy.

NonLuogoMotiva is a short print-and-play RPG/larp for 2 players about ghost trains and their passengers, originally created during Folklore Jam (https://itch.io/jam/folklorejam): inside the Indiepocalypse n.19 zine you will also find its prequel, NonLuogoStazi()ne, a little game made exclusively for this release! 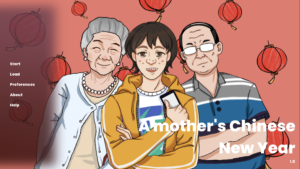 A Mother’s Chinese New Year is a visual novel where you play as a perfect woman who tries to satisfy her family during the Chinese New Year. The story focuses on the hardships of being a woman in a traditional Chinese family. You need to navigate your way through conversations and fulfill the role of a perfect woman: being a wife, a mistress, and a mother by keeping everyone happy during the holidays. But are all your sacrifices worth it?

Exploration of gender though an ASMR performance.

LanVodis is a navigation game about embracing disorientation, learning the shape of the world, and following treasure maps. 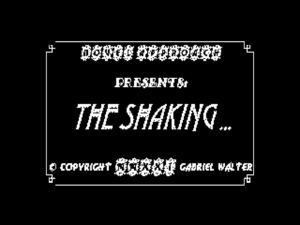 The Shaking... demo is a throwback to retro system Spectrum ZX with a retro theme... Ol' New York. Journey through the city and try to survive!